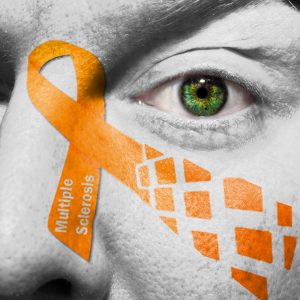 If you’ve been browsing around this website, you already understand that NeurOptimal neurofeedback is not a treatment for any condition… it is a way of training the brain to become more flexible and resilient.

But if it’s not a treatment for anything, why do we have a page on Multiple Sclerosis—that sure makes it sound like NeurOptimal neurofeedback is a treatment!

There’s actually a subtle but important distinction. Treatments are based on diagnoses, and you go to a physician or other clinician counting on their expertise with diagnosis and treatment. With MS, you want someone who reads the research, has worked with lots of patients, understands the subtle differences in the way MS presents, and has lots of ideas about which treatment approaches may work best for you.

With NeurOptimal neurofeedback, we don’t need to know your diagnosis, and we don’t develop a treatment plan—we are simply enabling the brain to watch itself in action, and training it to recognize the moment when it can release itself from habitual pathways…and it frequently is able to find alternative pathways that reduce or even eliminate symptoms.

Are you surprised? So were we!

Our first MS client, Don, contacted Jean in 2009 to ask whether neurofeedback could help with his symptoms. Jean said, “I don’t think so—neurofeedback helps improve brain function, but as I understand MS, it’s a problem of brain structure—you have lost some of the insulating myelin in your brain, so signals are not able to move effectively along the neurons. Neurofeedback can’t replace the myelin, so I don’t see how it could help.” (Since then we’ve learned that MS is more complicated than this, but that’s another story.) Don, however, was pretty desperate for symptom relief, so he decided to give it a try anyway… after all, it couldn’t hurt. 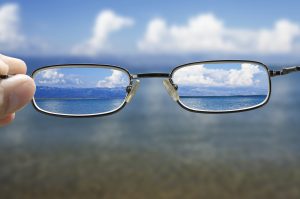 Though he had difficulty with balance and mobility, his most frustrating symptom was an inability to focus both eyes together. The MS had affected his left optic nerve, so he had developed a necessary habit of driving with his left eye closed. After his neurofeedback session, he left, saying that he’d see how he felt, and get back to us if he wanted to try another session.

Ten minutes later there was a knock at the door, and it was Don: “When I got to the end of the driveway, I realized I was seeing clearly with both eyes…I want to sign up for more sessions!”

Don is the MS client we’ve seen most consistently, and here is what we learned from him. Neurofeedback did not cure the problem with his optic nerve, but almost every time he came, the vision problem completely cleared and his vision remained perfect for 2 to 2-1/2 weeks… and then it would gradually begin to degrade again. So for five years, until he died suddenly of a heart attack, Don came in every three weeks, and maintained good visual function for that entire time.

Most of our other MS clients are people who live in other cities and have come to our clinic either for a one-time visit of a few days, or have come once every few months while visiting Cleveland on business.

Geoff was visiting his sister, who encouraged him to come. He did only one session, but noticed two very striking effects. As his session ended, he said, “Ever since I was diagnosed, I have felt like there was a wool blanket over my legs—I can barely feel any sensation in them. Partway through the session, it was as if the blanket had been taken off, and I could feel my legs absolutely clearly. It feels wonderful.” And then when he stood up, he immediately noticed that he wasn’t experiencing any foot drop—he was walking easily without shuffling.

Eileen is a person who came to Cleveland about four times a year for Board meetings, and arranged to do a few neurofeedback sessions each time she was in town. She had been living with MS for about 30 years, and her symptoms varied in severity, for no reason that she could recognize. This made it hard to identify the precise impact of neurofeedback, but she reported that after her sessions she could almost always sleep better/longer, think more clearly, and walk without her cane. We remember the day she walked to the elevator after her session and her husband Paul, who was waiting for her said, “Hey Eileen, slow down…you don’t walk that fast!”

We’ve also had several people come for just one session and not experience any change. We have no way of knowing whether these are people whose MS was never going to respond to neurofeedback, or whether they might have seen improvement in their symptoms if they had been able to come for a series of sessions.

If you are living with MS and would like to give NeurOptimal neurofeedback a try, we hope you’ll give us a call or send an email. If you don’t live in the Cleveland area, that’s generally not a problem. We have colleagues all over the US (and beyond), and also have rental equipment that lots of people find helpful for exploring whether neurofeedback can improve their quality of life as they live with this disease.

We look forward to hearing from you.