How would you like to have the mental game of a top professional, where you hit each shot with full confidence time after time after time? As you know, thinking positive and being positive are two different things. You can tell yourself to stay positive, but when your hands are shaking and your heart is racing, knowing how much that shot means, it’s hard to golf at your best.

NeurOptimal can change that! 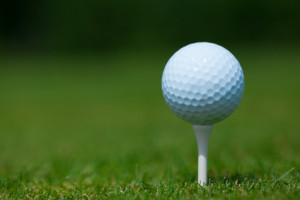 Without getting too technical, it provides feedback to your central nervous system (CNS), which is how information gets passed from your brain to the rest of your body.

As you might expect, the CNS is a critical aspect of how you play golf, both physically and especially mentally.

It helps stop you from getting anxious in the first place, staying present and in the moment. Bobby Jones once said, “You swing your best when you have the fewest things to think about.” NeurOptimal can help unclutter your mind so you can play your best!

I’ve been in a golf league for over four years now, and never had a round under forty. I used to often shoot in the 30s in high school when I used to play a lot more often. In my league, I’d had a few occasions where I was two or three over going into the last hole, but my nerves would get the best of me and I would end up double or triple bogeying the last hole to shoot 40 or 41.

I started using NeurOptimal and had only done three sessions when it was time for my Monday golf league. I ended up shooting a 44 which was my average for the season. However, over the next week I ended up doing three more NeurOptimal sessions, with six in total. I’d started to feel that something positive was happening, both afterward and even on the days that I didn’t do a session.

On this particular Monday, I did a session first thing in the morning when I woke up. I felt really good throughout the day, getting a lot done at work. I didn’t think too much about my neurofeedback session when I took it to the course. I just remember feeling really relaxed and excited to play.

I wish I can say my round was perfect, but it was far from it. I had a decent drive on the first hole that ended up in the left rough. It was a long par four, and I didn’t quite reach the green. I chipped on about 15 feet from the hole and was staring at a 3-foot breaker from right to left. I stepped up, putted it with confidence and a clear mind, and sank the putt for par.

The next hole was a short par five that I made par on. Then a difficult par 4 over water that I had to lay up and ended up making bogey. The fourth hole was a par three, and after making a good swing and knocking it 5 feet from the hole, I sank the putt for birdie and was back to even par after four holes!

This is the part of the round where I’d usually start to get anxious, knowing that I had a good round going, and end up sabotaging myself. But on this day, I was much more present in the moment, and kept telling myself to take it one shot at a time. While I’d said this mantra to myself numerous times in the past, this time I actually took my own advice. 🙂

I wasn’t hitting the ball particularly well that day, having not played for the entire week prior, but my short game and putting was top-notch. I sank four putts that were outside of 10 feet. My playing partner during the round said, “this guy’s a putting machine!”

On the ninth hole, I found myself in the same situation I’d been in before. Three over par, and very much hoping to make a par so I can finally shoot in the 30s. I hit my drive well, but ended up in the right rough. I then had to lay up over a creek to about 120 yards away. I had a pretty poor approach shot by my standards, and left myself with a difficult 40 foot putt. Again, this was usually where I’d choke and really overthink things.

But as I got up to the putt, all I was thinking about was how confident I was and that no matter what happens everything would be okay. I made a great putt, on a perfect line that came up just a few inches short from going in. Without having to go up, my competitor knocked my ball back to me, giving me the putt for par, finalizing my score of 39!

I’ve gone a few times since then, and while I haven’t shot in the 30s again, I do notice a noticeable difference in how I play. I don’t get nearly as angry after a bad shot. Also, I find myself not focusing as much on score, and instead take it shot-by-shot, with complete confidence in what I’m doing.

I have no doubt that I have NeurOptimal to thank for this new way of playing. I’m excited to see just how far it can take me. I feel optimistic that my story of shooting in the 30s can be a regular thing, and soon have a new story of my lifelong goal of playing an entire round under par!

This client’s story isn’t unique. Numerous people have reported increases in their golf performance. In fact, the creator of NeurOptimal, Dr. Valdeane Brown, was voted “most improved” at his golf club! See his story…

If you’re interested in finding out how NeurOptimal can help your game, Cleveland Neurofeedback offers systems to both rent or buy, as well as in-person training at one of our facilities. Give us a call at 216.410.6335 or email us on our contact page to find out more. We’ve used NeurOptimal to help ourselves make more birdies, too! 🙂