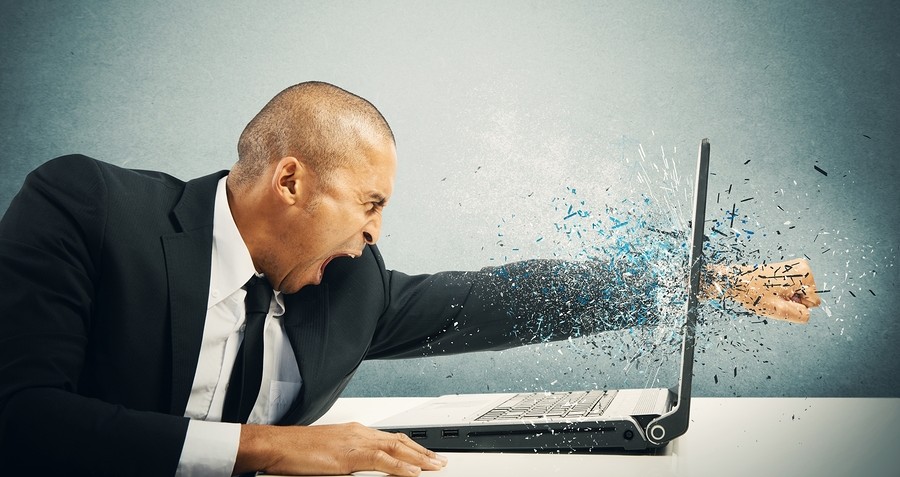 Are you someone who knows your temper can get the best of you? Or perhaps you’re the victim of a spouse or loved one or co-worker with anger problems.

Either way, uncontrollable rage can have devastating effects on relationships. A serious conversation becomes next to impossible when you know it will likely lead to a shouting match instead of a resolution. 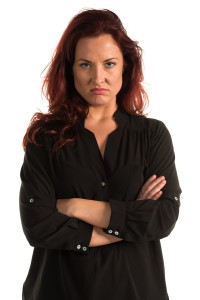 And just in case you’re thinking, “Well, I never get angry, so this is really about those other people with the rage problem,” think about the last time you had to deal with a person whose anger was expressed as sarcasm or coldness or a punishing silence. That expression of anger can be as difficult to deal with, and as damaging to good relationships, as the explosive kind.

We all know that when we get really angry, it’s hard to calm ourselves down. Time helps, but it’s the decisions we make during our heated moments that we sometimes regret long after we’ve calmed down.

The key is to learn to manage our emotions, and not get so angry in the first place. That sounds so simple and easy, doesn’t it? Just tell yourself not to get angry because of how destructive it can be.

If only it were that simple! 🙂

There are many factors involved in how often a person gets angry, how intense that anger is, and how it gets expressed. Fortunately, some of these things are under your control.

Anger and Your Brain

With modern technology, scientists are able to measure and study more things than they ever have before. Included in that are studies on anger and its root causes. What scientists have found is that during episodes of anger, people experience a decrease in alpha (8-12 hz) electrical activity in their brains. As you may or may not know, alpha is linked with a person’s ability to be in a relaxed mental state. Based on that, it’s easy to see why this brain activity would be near non-existent during times of anger.

Some of us have developed a pattern of feeling and expressing anger—it’s as though this is the deepest, smoothest groove in our emotional repertoire, and we are into that groove before we even notice that anything is happening inside us.

“I don’t know where that came from.”

“I feel like I’m on the rage train and it’s already left the station, and I never even heard the conductor announce that we were leaving. Suddenly I’m roaring along and wondering, ‘How did I get here?’, but there’s no way to get off.”

“I just felt this irresistible compulsion to say something really mean.”

How does NeurOptimal work with anger, and what kind of results have we seen?  Remember that NeurOptimal is not a treatment for anything, including anger, but is simply a way of training the brain to be flexible and resilient.

So when NeurOptimal trains your brain to be more flexible and resilient, you find that you don’t automatically fall into the anger groove—you have choices, and time to choose a response you won’t regret later. Or as one of our client’s put it, using a car analogy, “Neurofeedback feels like it helps me find my ‘neutral’—all choices are possible.” 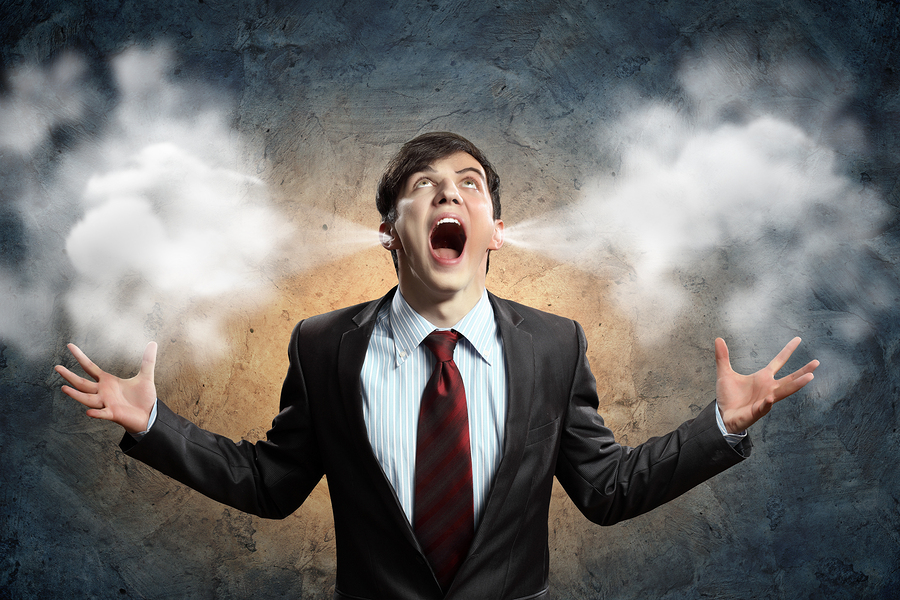 You may be wondering, will I need to get angry during a session in order for NeurOptimal to work?

The answer is a resounding no!

The great and interesting thing about NeurOptimal is the software doesn’t need to know why you’re using it. When you come in to see us we don’t click a setting that says “this person wants to work on anger.” In fact, we don’t have to tell NeurOptimal anything. That’s because NeurOptimal looks at your brain, moment-by-monent, and spots the turbulence that signifies the brain is on the cusp of a transition from doing one thing to doing another. It simply provides feedback at that moment, and the brain uses the feedback to optimize its functioning.

Meet a Few of Our Clients

Tanya was a 38 year old nurse, with supervisory responsibility for about eight other nurses. She came to us because she was about to be sent for anger management training, and was in danger of losing her supervisory role. When we asked about her anger, she said, “I can’t seem to stop myself: one of my nurses will do something stupid, and I just lose it. I don’t think I’d get so angry if I had better nurses working for me.”

After six sessions, we asked what was happening at work, and she said, “Actually, I don’t think I’ve gotten angry since I started doing neurofeedback.” So we asked, “What do you do when one of your nurses does something stupid? Has that stopped?” “No,” she said, “but when it happens, I hear myself thinking, ‘Oh…that’s something I’m going to have to teach them.’”

Will was a nine-year-old with ADHD. His pediatrician had prescribed Adderall, and that was helping him in school, but he was plagued by wild meltdowns when he got home. His parents said, “We think we could live with the ADHD, but we’re both really tired when we get home from work, and then we have to deal with Will— screaming and kicking and crying and throwing things. We know he doesn’t do this on purpose, but it’s really hard to be understanding.”

We asked his mom to fill in an assessment tool before neurofeedback and again after six sessions. The ratings for these symptoms had all gone from 10 (the worst possible) to 0 (the best) or 1 or 2:

These changes were maintained four sessions later, when his parents felt he was ready to stop neurofeedback.

Meg was locked in an angry battle of wills with her daughter-in-law. If even a portion of what she told us was true, her anger was understandable. Meg knew it was unproductive, but she couldn’t seem to resist sniping at her daughter-in-law: pointing out her bad choices, her counterproductive decisions about the children, her many failures.

After eight sessions, she reported that she still really disliked the younger woman, but had finally found the self-control she had been wishing for…resisting giving voice to some of her critical thoughts, and even occasionally finding a behavior to compliment.

She told us, “I’ve known for years that I was making things worse, but I couldn’t see that I had another choice. I don’t always make a good choice now, but I can usually see it, and sometimes choose it.” 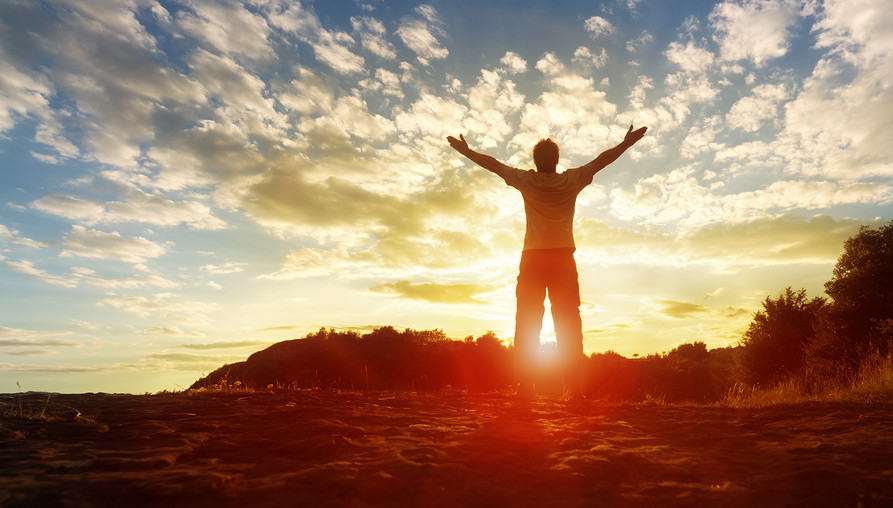 Give It a Try

If you’d like to see what NeurOptimal can do for you, we’d love for you to stop in to our office. We currently have locations in Cleveland, Ohio and Memphis, Tennessee. Give us a call at 216.410.6335 or email us on our contact page to find out more.

It’s perfectly natural that you may have questions, and of course, we’re happy to answer them and explore whether neurofeedback might be able to help you.