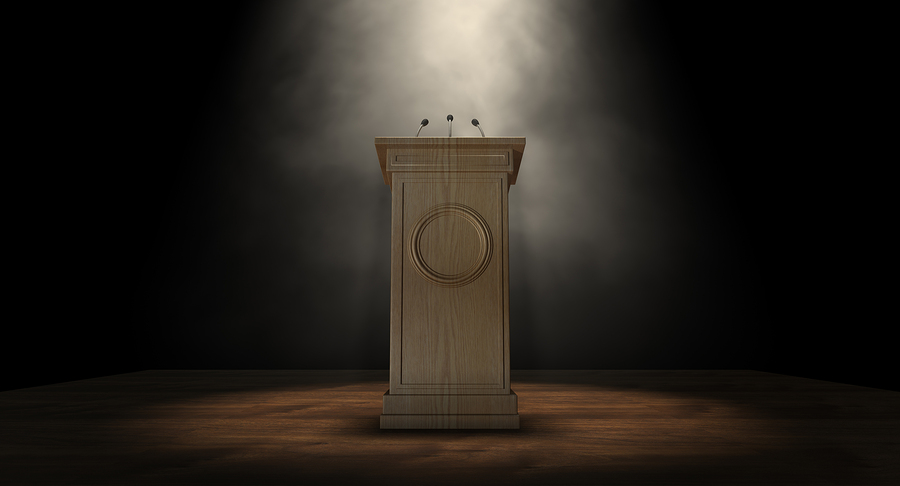 You’re about to give a presentation and your heart is beating out of your chest. Several things are going through your mind:

You’re not alone if you have a fear of public speaking. You may have heard Jerry Seinfeld’s classic joke:

“According to most studies, people’s number one fear is public speaking. Number two is death. Death is number two. Does that sound right? This means to the average person, if you go to a funeral, you’re better off in the casket than doing the eulogy.”

We humans have a funny way of getting scared over nothing. After all, what’s the worst thing that could happen if you screw up your speech? Someone might throw a tomato at you!!!? 🙂 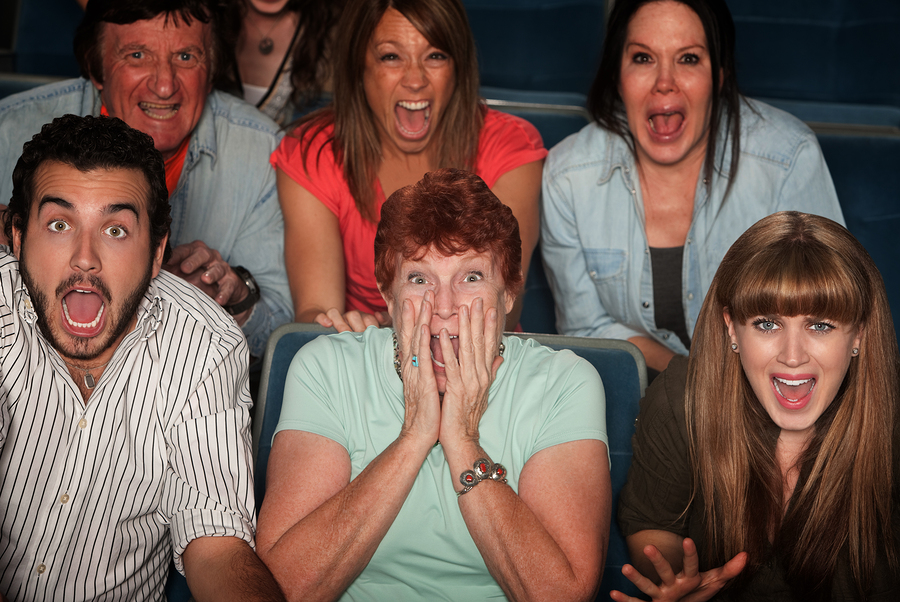 It’s easy to forget that when you’re onstage, the audience is on your side! They’re pulling for you to do a good job because they want to be informed or entertained. And if you don’t do a good job? The most likely thing they’ll do is tune you out and start thinking about something else. They aren’t going to get mad at you if you’re up there doing your best.

Why We Fear Public Speaking

Why is it that we treat public speaking as if there’s a serious threat on our life? Why would we (as Jerry Seinfeld puts it) prefer to be in the casket than giving the eulogy?

Fear of public speaking is one of the most common expressions of anxiety.  So if you are a person who lives with a lot of anxiety in general (a psychologist would call this “trait anxiety”—that is, anxiety is a trait of yours), you can expect to feel it in spades if you need to give a talk.  And chances are you will get more and more anxious as the talk goes on.  It’s a good thing your heart rate, rate of respiration, skin moisture, etc. aren’t being posted on the screen above your head as you speak (but you can sure FEEL what they’re doing!)

On the other hand, if you don’t generally suffer from anxiety, you may still feel stressed and anxious before giving a talk—just because public speaking is stressful for most people. This is what’s called “state anxiety”—that is, your anxiety is a temporary state—still a really awful feeling, but likely to get milder or even go away as you move through the talk.  Your fight or flight reactions will settle down as the talk goes on.

How to Overcome It

It makes sense that we’re wired for this fight-or-flight response. Our ancestors relied on it to survive cougar and bear attacks. But in modern society, it really doesn’t serve us well.

Most people, especially the second group (those with state anxiety) can overcome the fear of public speaking with practice. We all have a fear of the unknown, and the more times you get up on stage and realize you can live to tell about it afterward, the more and more comfortable it usually gets. Your brain also adapts and learns how to do public speaking well, just like it does with any other skill you practice.

Another approach—and this is the really helpful approach for people who are generally anxious—is helping to release the brain from its habitual pattern of anxiety by doing neurofeedback training with NeurOptimal.

What happens with continued use of neurofeedback is you train the brain to be more resilient. It learns to stay more centered so that when something traumatic occurs (such as your walk up to the stage) it’s better able to handle it.

Hear one of our clients discuss their experience using NeurOptimal:

I’d joined a Toastmaster’s club to help overcome my fear of public speaking. After almost a year and doing 20 speeches, I’d gotten better at overcoming my nerves, but I still wasn’t where I wanted to be. I still lacked confidence, often stumbling through my openings until I got into a flow and was able to relax.

When I decided to try NeurOptimal, public speaking wasn’t the primary reason I began using it. I wanted more focus and concentration at work. However, I knew that it might help me with public speaking, so I was interested to see what it would do with that, too.

Well, much to my surprise, public speaking was the first significant benefit that I noticed. After five sessions, I gave a presentation at my Toastmaster’s club and had almost ZERO nerves before getting onstage. I also noticed there was a lot less chatter going on in the back of my brain, which seemed to make it much easier to speak and get the message across to my audience. This has been a recurring trend with all of my speeches I’ve given since.

After having done 20+ sessions now, I feel like I’m at the level I always hoped I would be when I first joined Toastmaster’s. Very little fear of speaking in front of an audience. Confidence that I can give a good talk. And perhaps the best thing, I know that if things don’t go perfect, it’s not the end of the world!

I always knew I’d get there eventually with enough stage time at Toastmaster’s, but NeurOptimal was like a rapidly accelerated way to get there. It almost feels like cheating! 🙂

If speaking in front of public is important to you, NeurOptimal could very well be the tool for you to improve your speaking abilities. 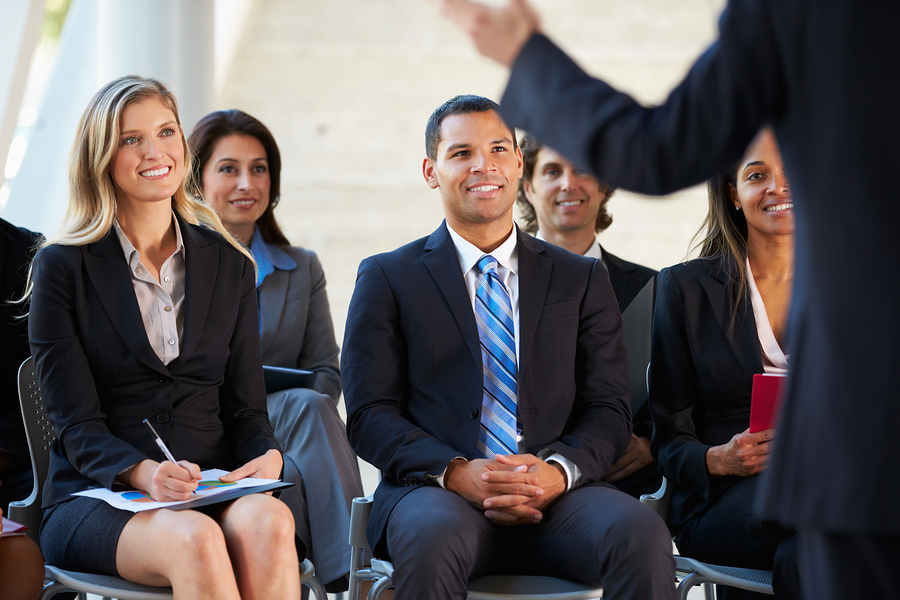 If you’d like to see what NeurOptimal can do for your speaking abilities, as well as many other aspects of your life, Cleveland Neurofeedback provides sessions at our Cleveland, Ohio office. We also have systems you can rent or purchase. Give us a call at 216.410.6335 or email us on our contact page to find out more.

Become the speaker you (and your audience) want you to be!